The best feature film gets:

The best documentary gets:

The best short film gets: 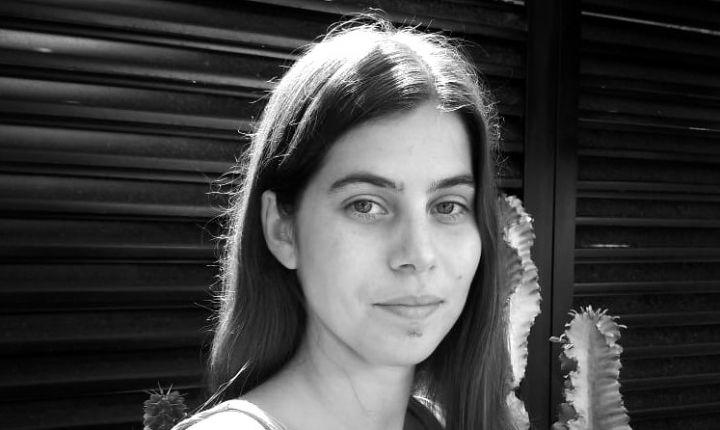 Marga Almirall Rotés (°1989 in Barcelona) holds a BA in Audiovisual Communication from the Autonomous University of Barcelona and a Postgraduate Diploma in Audiovisual Editing from Pompeu Fabra University, and further training in film theory and criticism. She has worked as a producer and film editor on various audiovisual productions, and as a film critic for several media. Since 2015, she has been Co-Director of Contents for Drac Màgic (an organisation supporting film culture for children in all its educational, social and cultural forms), for whom she develops film literacy projects (Construir Mirades) and is co-responsible for the children’s film distributor Pack Màgic. Marga Almirall Rotés is also programmer for the Women’s International Film Festival (Mostra Internacional de Films de Dones de Barcelona). 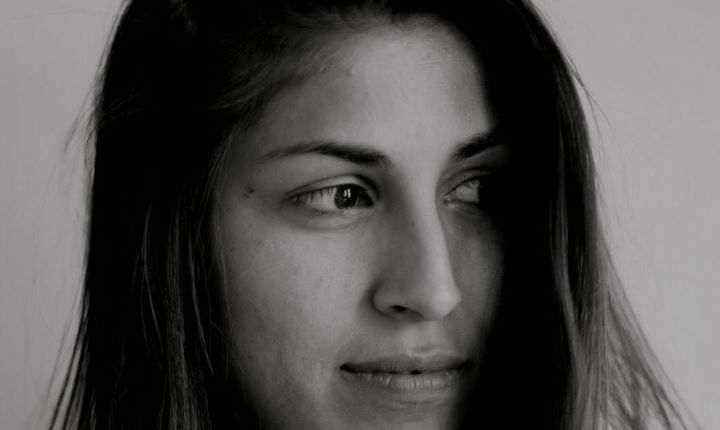 Maryam K. Hedayat is an Iranian visual artist living in Brussels. She graduated with honours as a Bachelor of Arts from the University of Antwerp and studied film directing at LUCA School of Arts in Brussels. In 2019 she was selected for a screenwriting project by The Flemish Film Fund, and she is currently writing a screenplay for her first feature film. She is also a curator (for ARGOS, Centre for Audiovisual Art) and dramaturge.

Her short film Ferfereh was selected for various national and international festivals. Hedayat was also part of the European creative film project ENFEM. Her first short White maze, the video-installation Genderless and its side project  Genderless, A Tale of Memories all successfully toured expositions and festivals in Belgium. Hedayat was selected as one of the 14 artists to take part in PUSH, a project funded by Creative Europe exploring gender/sexual identity, migration & (over)protection in theatre and dance. In 2013 she collaborated on the short Nazomer which was part of the Follow Gent film project. It was screened during the Film Fest Ghent festival. 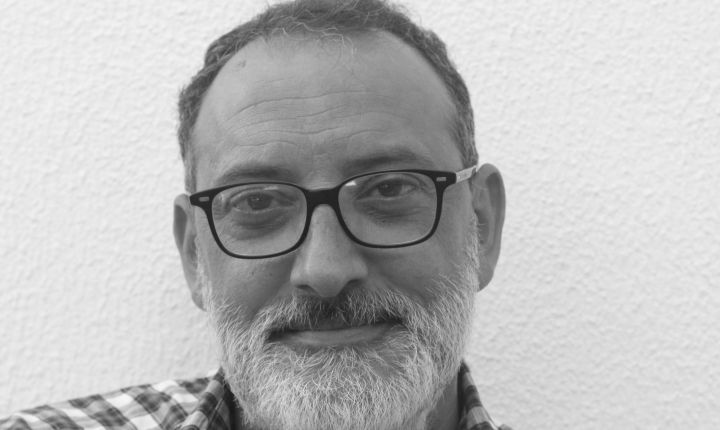 Since 1999, Sérgio Marques (° 1971 in Porto) has worked on innovative cinema projects as coordinator, cinema curator and producer. In his work he has always focused on promoting a profound encounter between films and audiences. Sérgio Marques is the head of a non-profit organization creating and developing social and inclusive cinema projects in cooperation with a collective of professionals from the arts, cinema, pedagogy, sciences, as well as activists and social workers.Sérgio is also running Cinema Insuflável, an inflatable itinerary cinema for children that travels around the country visiting schools, public spaces and housing areas, and showing the best quality cinema from around the world, developing new audiences, and stimulating critical thinking and film literacy. 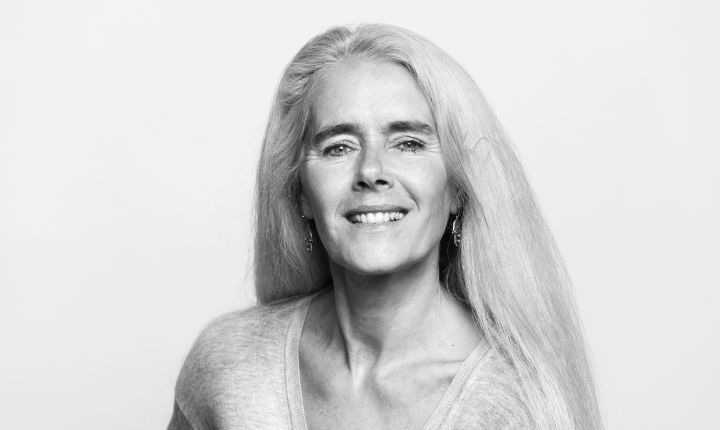 The importance and impact of international cooperation have always been a driving force for Charlotte Giese. She cherrishes a sincere passion for innovative partnership programmes, in Denmark and around the world.

After her graduation, she started working with film festivals, audio-visual production about global issues and dance teaching. Then she served a 5-year profession as Commissioning Editor at the Danish Film Institute (DFI), an organisation that is widely known for its professional expertise, political attention and its diversity in stakeholders. Later, within the DFI, she was founder of the Department for Film Education / Cinema Culture / Children & Youth, recognized nationally and internationally for its achievements. With a long experience in leadership Charlotte Giese currently works as Special Advisor in this department (which runs a nationwide programme through cinemas, streaming platforms and creative hands-on film-studios) and for a number of European programmes.

Charlotte Giese also works as a consultant, cooperating with film organizations in Africa and the Middle East, developing strategies, talent and training programmes for the local film industries and communities. These programmes approach film as an art form in its own right and as a powerful tool for economic growth, cultural development and social change. 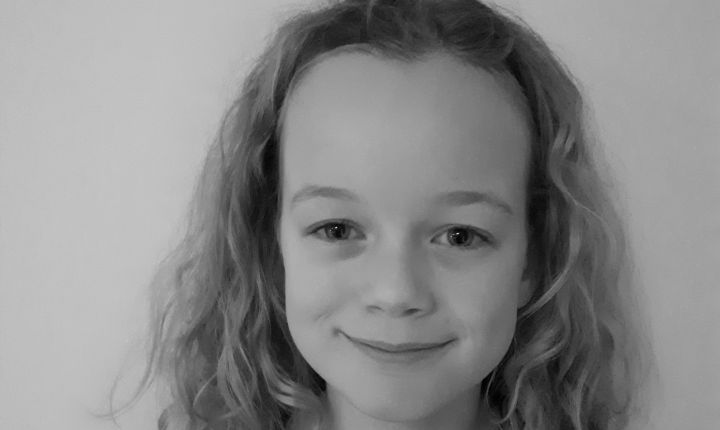 I look forward to the JEF-festival. I attended the last filmfestival in Gent where I enjoyed the red carpet and…  off course the movies of JEF. This is where I watched my favourite movie ‘Sisters’ with my sister :)) The movie was very touching, but also funny. To be part of the children’s jury is my dream. I also like to create my own scenarios. JEF, here we come’ 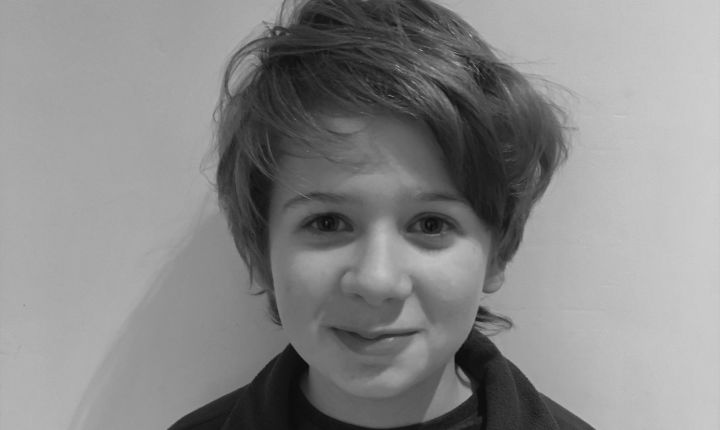 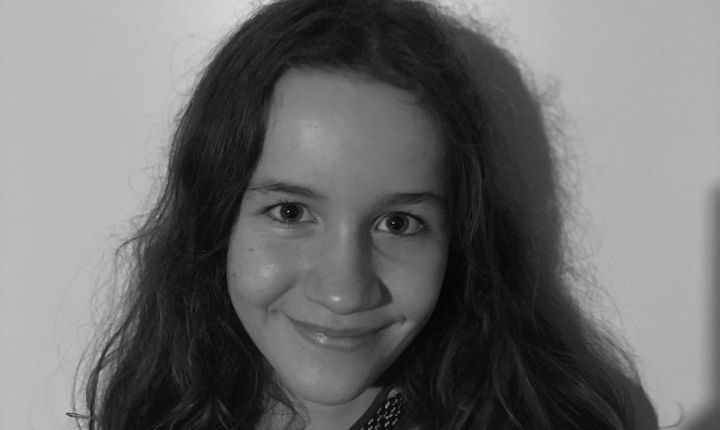 I am Elisa and I am 12 years old. I love watching films so I am very happy to have been chosen as a JEF judge. I don't really have a favourite film because I saw so many that it is hard to choose. I like adventurous stories and there may be a touch of romance in it. I still enjoy watching animated films with my (younger) brothers, but I can also enjoy a beautiful youth film enormously. 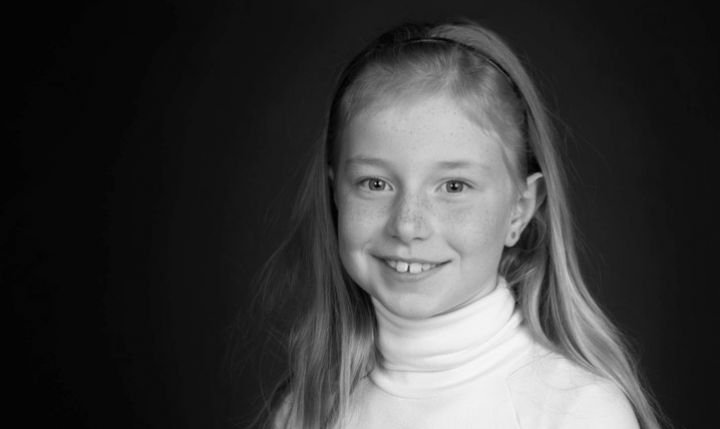 I’m very happy to be part of the children’s jury of the JEF festival. I visited the festival once and it was a great experience. Watching movies is fun and due to the pandemic I watched more movies. My favourite film is ‘Free Willy’ because I love the friendship between a human and an animal. I’m counting down! 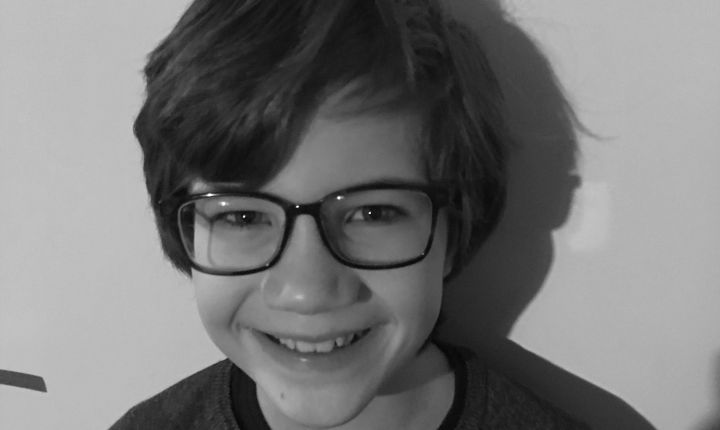 I am Florian and I am 9 years old. I really like being a member of the children’s jury of the JEF festival because I love watching films. My favourite film is "Brammetje Baas" because the story is very funny and I recognize myself in that busy but sweet Brammetje. At home we sometimes have "Cinema Berteloot", all together watching a movie with popcorn from the microwave. I think this is super fun! 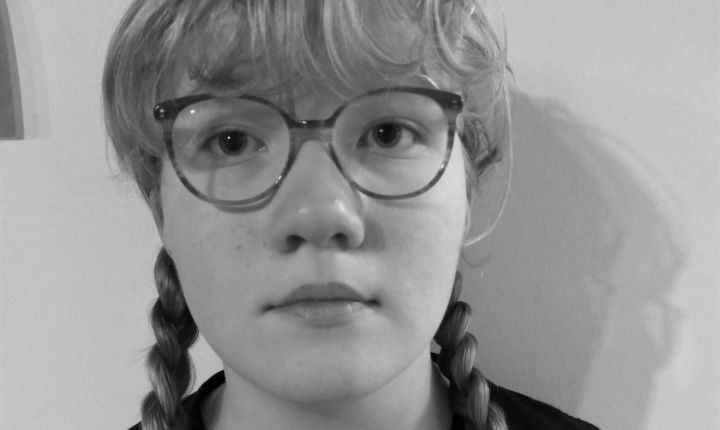 The spring half term vacation for me is definately: JEF. Normally I watch movies, participate in workshops and eat waffles, but this year I am part of the children’s jury: yay! Harry Potter films are my favourite movies because they have everything a good movie has to contain: an exciting story, nice characters and magical music. I look forward to exploring the newest films for children during the festival. 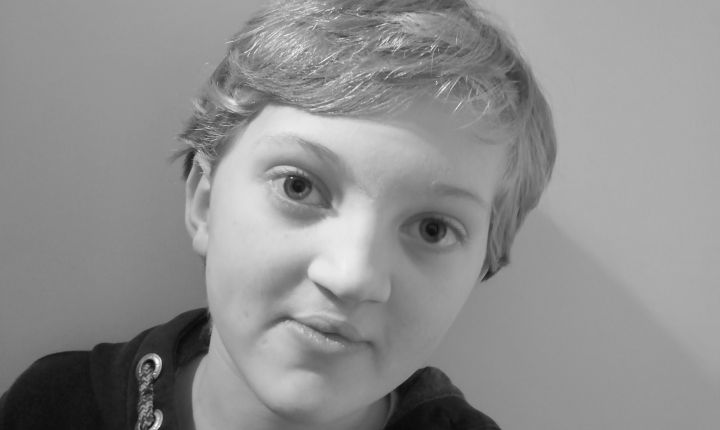 I am Léon and I am thrilled to be part of the children’s jury. In the past I attended the festival with my family. My favourite movie is ‘Venom’ because it is exciting and nerve-wracking. At home I often watch movies for example on television and sometimes during summer outside with a beamer. I look forward to watching a lot of movies during the festival. 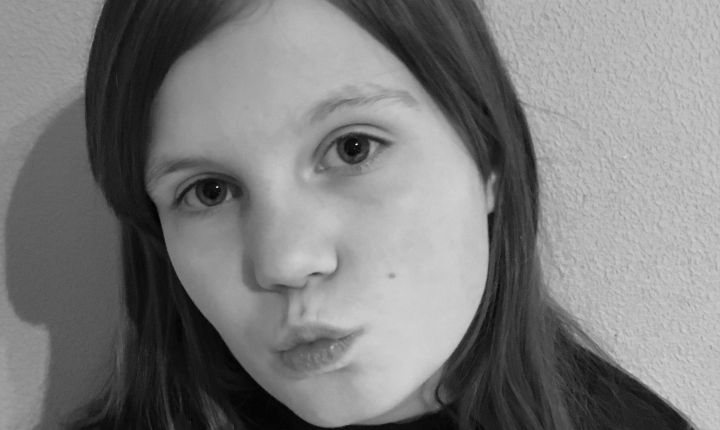 Hello, my name is Maya and I have just turned 11. My hobbies are horseback riding, swimming and of course watching a movie. ‘Whitestar’ is my favourite film, I saw it in a Dutch cinema and also during the JEF Festival. I really like films with a lot of animals. But of course the story has to be interesting as well. Besides 'regular films' I can also enjoy cartoons, such as Monsters & Co. I'm really looking forward to the JEF Festival, this will make the holidays of crocus super, despite the corona measures. 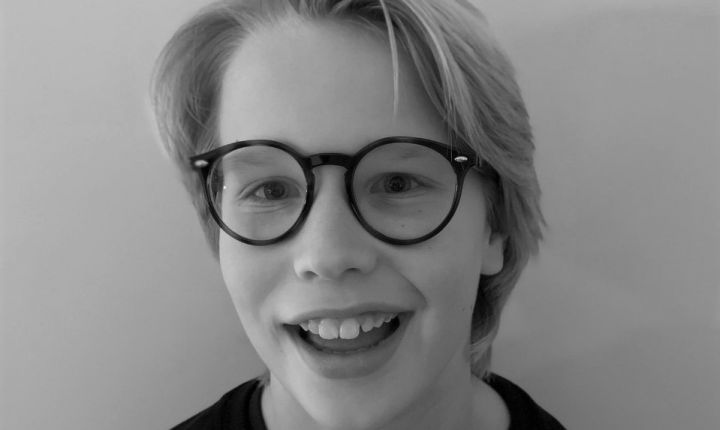 Hi, I'm Miel and I've been selected for the children's jury - DAB - super exciting.  Watching movies is one of my biggest passions, I am always curious for a new exciting story. I like to watch different kinds of movies, from a funny pixar cartoon to a movie with real characters like Harry Potter. I have never been to the film festival so this is a new adventure. I hope that together with the other members of the jury I will be able to see fun films. 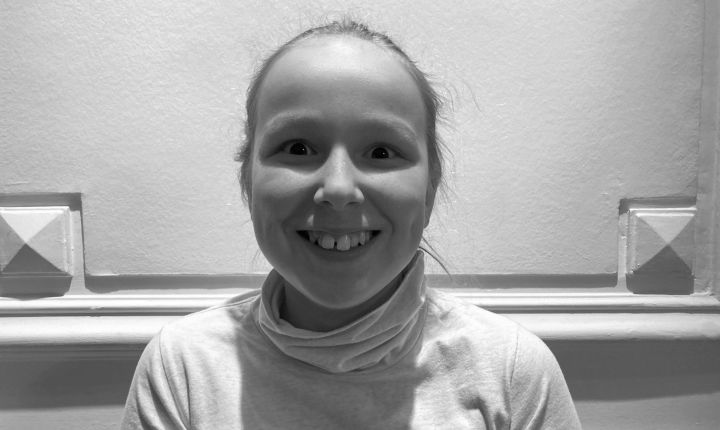 I am Mona, 11 years old. My favourite movie is ‘The Sound of Music’: the music is an important symbol and I love the music as a theme in the movie. I always enjoy watching movies especially with others because then you can share your thoughts. I look forward to the children’s jury because it is something new. 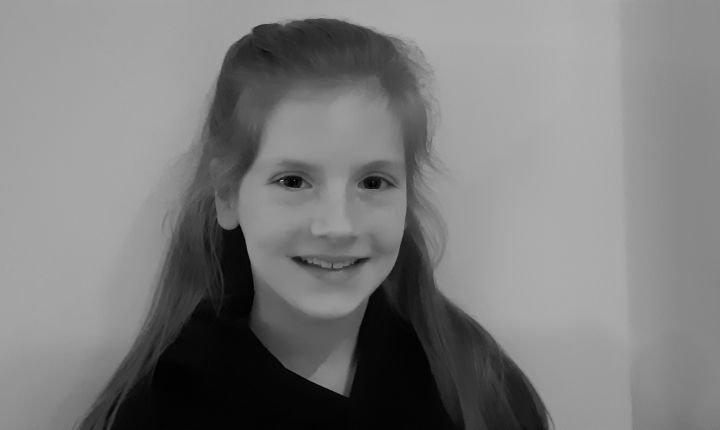 My name is Ona and I am 11 years old. Ever since I was a toddler, I have been visiting the JEF - festival in Bruges every year and I am very happy to have been selected for the Children's jury. My hobbies are dancing, crafts, music class and playing guitar. Every Saturday I go to the scouts and I love to read. My favourite books are Harry Potter's and those are also my favourite films. You enter a magical world, full of action and humour and you can really empathize with the characters. 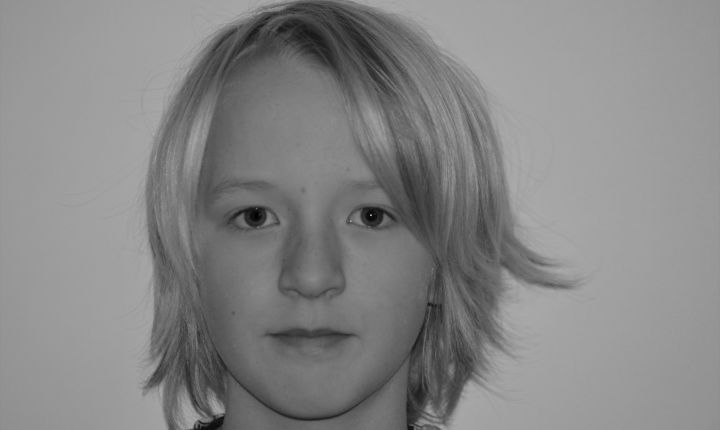 I am Oskar Wagendorp. I have been enjoying life for 11 years. Fotography, trains, bushcraft and fishing are my biggest passions. My favourite movie? Hard to choose between ‘Urbanus and the trash hero’ and the adventurous ‘Cloudboy’. Being part of the children’s jury is very cool. Watching movies, being thrown into a good story and discussing with the other members of the jury. I’m ready to start! 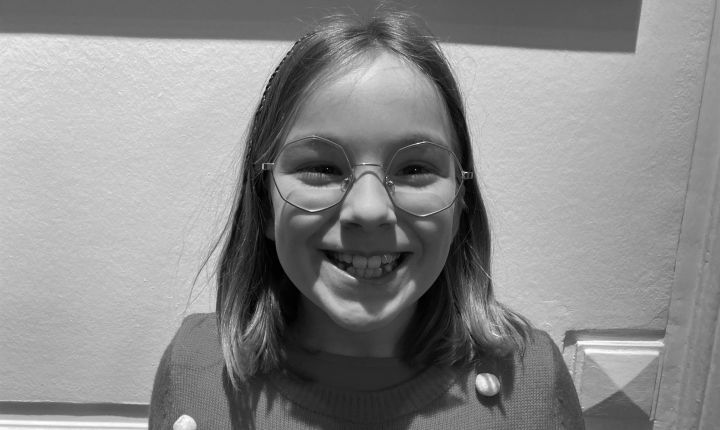 My name is Victoria and I am 9 years old. My favourite movie is ‘Fei Fei and the moon’ because it is drawn, there is action but not too much tension. I participate in the children’s jury because I love watching movies and it is fun to do that together. 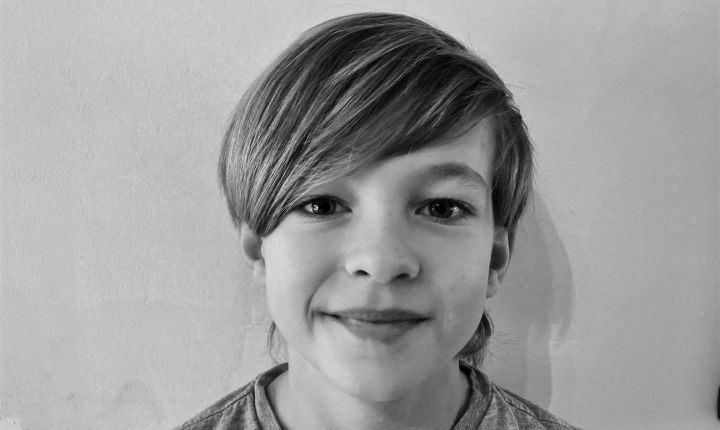 My name is Wolf and I am 11 years old. I found the selection for the jury very exciting. When I saw the email, I was really soo happy! My favourite film (at the moment) is Soul. I don't know if you've seen that film yet, because it is a recent one. I really wanted to be part of the children's jury because I love watching films. Also because I've seen so many already and I can talk about films very well. I'm so concentrated when I watch a film that I don't even notice when you ask me something.